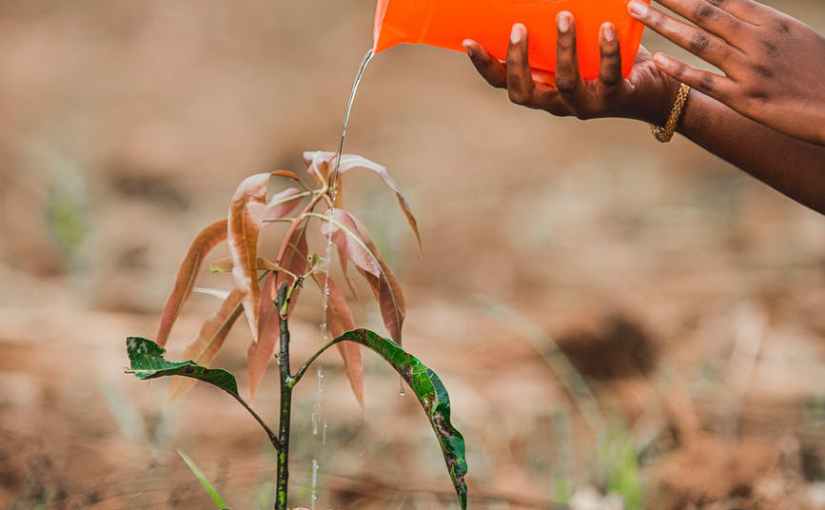 Hey guys, it’s been a while!

I’ve taken some time off from writing to spend some time with family and to do some proper and longer introspection. I thought that it is about time to face the demons that I’ve been running away from for the last six to seven months. In fact, I knew that the day of reckoning would come someday but I’ve been procrastinating on it just because I wasn’t ready or I’m not prepared or all other excuses. I knew I had to get through and to it but I also know that I would be sad in the process of doing so.

Fortuna, my pet rabbit, also gave birth to four kits a week and a half ago. Unfortunately, one of them died so I was pretty sad about it. In short, a quick rundown of what has been happening recently:

With that said, I’ve recently come across that quote, “The grass is greener where you water it” again and somehow, this made me put things back into perspective. It took me a while to get here but I’m here and I’m ready to take a step forward.

To add to that, there were other topics and questions that were talked about amongst friends and family that made me think a

1. “Who cares about the reason why he broke up with you? You may never know what was the purpose of the relationship or the breakup and that’s alright.” – discussions with a friend

Hearing this helped me inch a little closer to healing some more. My friend was right. I don’t know the reason, it happened and it’s already in the past. I can’t do anything to change it so I’m at that point where I find myself ruminating about the reason why, I gently remind myself that it’s okay to not know the reason. I’m not going to even think about if there’s any future between the two of us even if it’s just friends but I’ve accepted that he’s gone, he’s not a part of my life anymore and maybe that’s for the better.

To be honest, now that I think about it, I shouldn’t have even bought into the anxiety bullshit reason on his side of the breakup but it doesn’t even matter anymore at this point.

Reason or no reason, who cares? That’s just how the delicious Belgian chocolate chunk cookie crumbled.

2. “We’ve been working full-time since we graduated when we were 19 or 20. We deserve a break. ” – thoughts on being an adult with my sister

My sister was the last batch of students before the Philippines adopted a K-12 education system. That means that anyone who graduated on or before that year graduated college (or, university) at the age of 19 or 20. In our case, we both started working immediately after graduation as necessity called for it.

One thing that we both agree on is that we need a break and it’s hard to be an adult.

The series of thoughts that I had with my sister came about when we were on a hike one day where the weather couldn’t make up its mind. We sought to hike the trail from Tai Tam to Quarry Bay but we went around the hill and we went off-trail. During our perilous hike, we talked about a lot of things – family, friends, high school, relationships and etcetera. The hike was helpful for both of us and during what can be considered a dalliance with death to an untrained hiker, my sister told me truths and insights that she learned and experienced.

However, there were two or three things that we talked about that stood out to me and I’ll be highlighting those under this section.

My sister told me that her boyfriend of five years told her that she scores highly on a lot of things – high maintenance, highly neurotic and highly emotional. The most amazing thing is she’s unapologetic about it and while she joked with my brother high calibre girls are clean and tidy like her, I do think that her authenticity, integrity and honesty about what she likes and she doesn’t like are what make her a high calibre girl.

She doesn’t stop there. She knows her flaws and constantly works on those flaws.

Is it cringy to call yourself a high calibre girl? I don’t think so. My sister is one and I’m proud of her.

B. If you’re the biggest fish in the pond, you’re in the wrong pond

My sisters who are in a relationship have a modest amount of age gap between them and their partners. When we were talking about it, she said that I should be someone who’s more mature and that I should date older instead. I retorted that I’ve experienced both and can confirm confidently that maturity doesn’t necessarily come with age.

I do agree, however. I would like to be with someone who I don’t have to tell the other person what to do. “Can you not put your clothes on the floor?” or “Can you do the dishes because it has been sitting there for two days?” Those are just some of the words I hope not to tell anyone to do ever again because I’m not anyone’s mother and I don’t want to be anyone’s mother unless it’s my own children (biological or adopted, it doesn’t matter).

In a partnership, one thing that people often missed talking about is the proactivity of the other. Just because one is responsible doesn’t necessarily mean that he’s proactive. I want to surround myself with people who are better than me so I can be better in all areas of my life.

This also includes my future partner.

4. A Season of Growing

Finally, I constantly hear that at my age, I’m still considered young. That may be true as I’m only twenty-six but there’s a difference between being young and feeling young. My recent circumstances have not been so kind to me and sometimes, I feel like I’m hanging by a thread but regardless of my feelings, ’tis a season of growth. Curiously enough, my sister pondered out loud how long will I be single and curiously enough, I asked her what made her think that and how long does she think I’ll be single. She said she thinks it’ll be about two years. At that moment, I thought about David Mitchell and Victoria Cohen Mitchell’s love story – the part where he was being cynic about experiencing another love after an xx amount of years. In my case, another twenty-three years. (I hope not).

Romantic relationships will have to take a backseat for now. To be fair, I wasn’t even thinking of it when I first met my ex. I was just daydreaming but not really pursuing anything. Maybe it was part of my growth, maybe it was a distraction. Who knows? I don’t give a damn about it at this point. The most important thing is the journey ahead. Like David Mitchell, I long for my ex but unlike him, I don’t know if we’re going to get together ever again.

I’ll just carry this feeling with me while I move on with my life and maybe outgrow this feeling.

The pandemic while being stuck in Hong Kong is not an ideal place for growth but like what the quote says, “the grass is greener where you water it.” We make do with what we have and then adaptability and steadfastness becomes the name of the game..

Before me or anyone lies a fork in the road. Given all of the factors, we know for a fact that the situation is less than ideal. To be accurate, the situation is fucked up. It’s not an easy time to be alive but for whatever reason, here you are, here I am, here we are, living and breathing under the sun.

When my sister and I climbed that mountain, without any proper gear, there was a chance that we could have gotten into an accident. She already thought of a headline, “Two Women who Braved the Violet Hill in Tai Tam were found dead”. Looking back at how I was ready to face that storm to get to the other side and go back home to my rabbits, to my family and to my mom’s cooking, I was reminded of how God gave me my resilience and tenacity.

I’m now more aware that it’s a season of growth. It doesn’t feel great to push upward through the layers of soil and compost but given time, something is going to come out of this. Whatever it is, it’s going to be fucking amazing.

Here are some photos of the bibbles and the hike that I was talking about.

Wish us luck and cheer us on everyone! I hope everyone’s staying healthy and keeping safe.

With loads of love,

Just another weird person in the internet. View all posts by A. Lagarde